So, I thought I would start a new feature on my blog. It is going to be called writing Wednesday and there’s where I am going to write anything that I am inspired to do so on that particular day.

Everybody is welcome to join in, of course, and you can do that by either writing something in the comments or giving me a pingback to your work. (It goes without saying that you should feel free to share your work if you get the urge to do so!)

What am I going to use as my inspiration this week?

One of my evenings out had been cancelled at short notice, but I never really noticed the fact because that kind of thing happens all the time. Plans full through for all kinds of reasons and there is no point dwelling on them. So, I decided that I was going to have a night in watching movies and invited one of my friends who was originally going out with me to come to it. They said they just did not feel like it on that particular night, and, again, I shrugged that off as one of those things.

I enjoyed the films that I had rented especially for the night so I thought the night was a success despite not following original plans.

This all came to a crashing halt when a couple of nights later when my friends remarked that I had not made the night out because I had been ill. Apparently, I missed a really good night but they were all wishing me well. It did not take much thinking to realise that the friend you had told me was cancelled had literally been uninviting me to a night out.

At first I was angry that somebody could have been so deceitful but that being quickly became the crushing feeling of hurt. I had been betrayed by the one person I had considered to be my best friend.

It all led to a question of why I had been excluded on that night. Without actually confronting my friend there was no way I was ever going to know. However, one thing stop me doing this, and that was that I did not trust anything she said to me any more.

That was the day I lost my best friend. 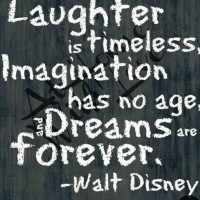