Have you ever read a writing prompt and thought… Yeah… No, not even trying to do that one. Well anyway, that is what has just happened to me. The prompt week given for today is as follows:

They had been married sixty years. She always did the cooking, laundry, grocery shopping, and cleaning around the house. He has just returned home after the funeral and finds himself alone to figure it all out for himself.

There is no way that I will be doing that because it is basically someone else’s idea and nothing to do with me. It is like being given the plot of some really famous movie, and then being told to write a story with exactly those characters doing exactly the same thing. Basically, it is ripping something off.

So I am simply going to write a story about a widower.

I can’t believe that she is gone.

Everybody believed that we had chosen to get married far too quickly. The idea of waiting was just beyond comprehension to me… Well, to both of us.

I just can’t get over the idea that she has actually left me behind while she has started on the great journey.

It has to be the most selfish thing that she has actually done. I genuinely cannot believe it. What she thinks I am going to do without her by my side is something that I will never understand. She told me that she was only thinking of me when she refused my request to remain with her until the end. I wanted to take my final breath at the same time. She said no.

2 thoughts on “Story a day: Widower” 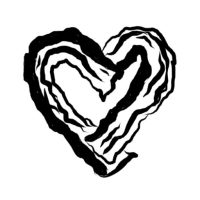