I suppose that it was inevitable that I would end up having a rant about something. Last time it was regarding gay marriage, and this time it is about the refugee crisis that is going on in Europe at the moment. I am sure that you have all seen the images of the toddler washed up on the beach in Turkey, and the crying family in the boat in Greece. I am not about to put up those images because I think that we have all seen them enough. I actually can’t believe that it took pictures like that to convince people that these refugees, or migrants if you prefer that term, are actually human beings.

You would have thought that images like that would encourage people to leave them alone, and let them move around within Europe.

People say that they are not really refugees, but they are completely able to return to their own country. They are referring to it as, hold onto your hats, a nonwhite invasion. Seriously? You have to be Caucasian in order to move? Surely it is only an invasion if your country is taken by force, similar to what the Islamic State is doing in places these people are running from.

Europe is protected by the United Nations, so is actually one of the safest places for these people to go. The UK, is an island, so it will represent somewhere that cannot easily be infiltrated. I would say that this is the main reason the people are trying to get into the United Kingdom. It is not just the UK, and people are failing to see that every European country is being faced with these refugees.

Maybe we should also look at the reasons why they have become refugees. The emergence of the Islamic State has caused many people to flee for their homes. The simple fact is, nobody is really safe from the extremist behaviour that is going on. Remember, there have been attacks in France that have been linked with the Islamic State. (This is a pretty good reason for refugees to not be willing to stop in France.) Also. We seem to be living in an age where solutions seem to be airstrikes and war. (This is even the case today when the government have announced that they will be following up with more drone strikes in Syria. I have no doubt that airstrikes will be soon to follow.) As you think that this would be enough cause for people to become refugees and no longer feel safe within their own walls.

Anyway, the main thing that has wound me up would be the term nonwhite invasion. We are definitely not being invaded by anybody, and as far as I can see these people are coming in peace. Not one of these people has tried to attack or even harm anybody. But, nonwhite? What is that about? Does it really matter what colour anybody’s skin is? That look at this logically, a refugee is a refugee regardless of age, gender, or race.

No wonder people like Britain First are jumping all over this one.

We should not be concerned with the colour of skin, but look at it from the human point of view. These are people in trouble and we have the power to help them. I don’t see why we should leave them in distress simply because they are not white. If it was Britain that had been attacked, and we had gone to the Middle East for shelter, would that not be considered an invasion, or would it simply be that because we are white the red carpet should be laid out for us?

So stop using this stupid terminology, and simply roll up our sleeves and give aid. 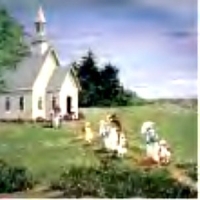 The world of words

Throwing my soul into the cosmos.

All About dot GQ

Thoughts on my life... by Donald B. Wilson

The World Through my Eyes and other cliches

Come study God's Word with me!

J.D. Gallagher
The HeilÜben-exercises for everyone!

When we've lost closeness to ourselves so far that we can no longer adequately explain or act after our physical or mental state and/or our environment, when there is a dissonance between who we are and who we want to be - by detecting and eliminating harmful stress and tension HeilÜben is a way to pull ourselves up by your own bootstraps – also in prevention through a healthy posture, harmonic movement and relaxation in training and everyday life.